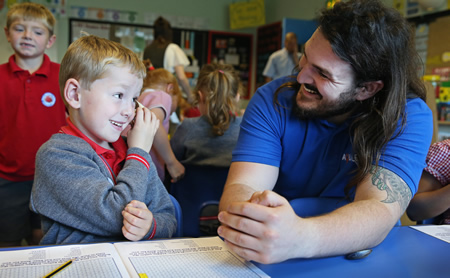 When we think of cities lost to the sea, the great mythical city of Atlantis springs to mind.  There is much debate from some philologists and classicists that believe the fiction behind the great city.  However, historians, maritime archaeologists and scientists believe it to of been a real, inhabited city that fell into the ocean in a day and a night around 9,600 B.C.

Lost cities laid to the mercy of the sea are fascinating, and more fascinating still is the great city of Dunwich locked in time under the very seas of the British Isles.

Off the Suffolk coast at Dunwich lies the lost city of Dunwich, a thriving medieval fishing port, thought to be tenth largest town in England in the 11th century.  Which slowly succumbed to the power of the sea through storms in 1286 and 1326.

Underwater surveys through multibeam and sidescan sonar and novel acoustic imaging cameras where used from 2008 to map the sea floor and film the ruins through the very muddy waters.  It revealed that it was a large settlement (the largest Medieval underwater site in Europe) an estimated population of 3000, twelve places of worship, 800 houses, windmills, taverns and workshops.  One of the key objects found was a portion of slab used to cover a knight’s tomb from 1320.  It is believed that fisherman over the years have heard the wringing of bells from the church towers beneath the waves.

There have also been many other towns lost to our seas, mainly due to the erosion of land.  Many of these resided on the North Yorkshire coastline, including Old Kilnsea, Owthorne, Dimlington and Auburn to name but a few.  However very few have been left preserved in time, like a museum under the sea.

We may not be able to show you the relics of Dunwich, but here at Aqualease, we are able to bring a British shore rock pool to the classroom.  Showing you a plethora of creatures’ native to Great Britain, that children can touch and even hold, all lead by our highly knowledgeable Marine Rangers.

Sign up to our newsletter to hear of our latest developments and offers..